Ants are amongst the most successful of all insects, so it’s hardly surprising that a large number of other goggas imitate them. There are a large number of beetles, spiders and even wingless wasps that pretend to be ants. Some do it to avoid being eaten themselves [ants don’t generally taste very nice, unless you’re an ant-eater]. Others do it because they prey on ants, and by pretending to be one amongst friends they can avoid being torn apart themselves. Arthropods that mimic ants are technically known as myrmecomorphs.


Wasps and ants belong to the same order of insects [Hymenoptera] with essentially similar body-shapes, so it may not be all that surprising that there are many convincing ant-mimics amongst the wasps. However, some wingless wasps are just that, and despite the lack of wings they don’t resemble any specific ants at all. Our first subject here, however, was collected on the wall of the Oudebosch office, where we initially mistook it for an Argentine ant, so convincing was the mimicry. That said, it seems odd that a local wasp could mimic an invasive ant, so it is possibly imitating a Pheidole instead.
You can always tell wasps from ants by the antennae, if nothing else. Wasps’ antennae form a smooth curve of more-or-less equal segments on a short scape, whereas ants all have a long first segment [scape], followed by a series of shorter ones. Ant antennae thus form an L shape rather than a smooth curve.
Simon Van Noort of Iziko Museums identified this little wasp as Conophorisca littoriticus. He writes in iSpot:
This is a species of a bizarre subfamily of Pteromalidae (Chalcidoidea) that are parasitoids of a range of insects (see WaspWeb link below under comments). Biology of most genera is unknown, but curculionid beetles (Coleoptera); mantid egg cases (Mantodea); or Glossina tsetse fly puparia (Glossinidae, Diptera) are known hosts. There is a rich African fauna, with most species still undescribed. 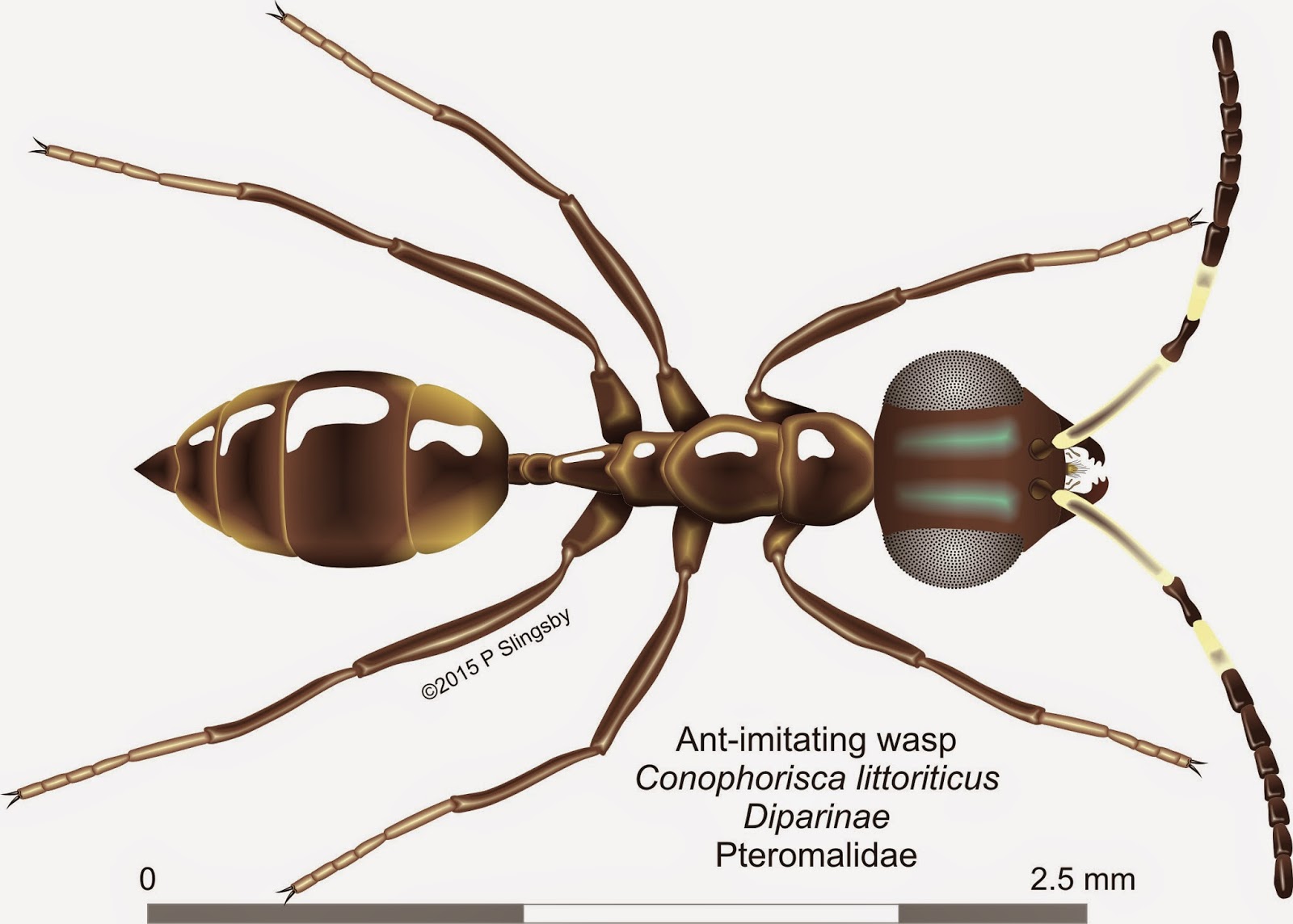 A fascinating aspect of these imitators are those impersonators – particularly spiders – that imitate ants that have long disappeared from suburban gardens in the face of invasion by Argentine ants and other aliens. The faux-ants provide us with a record of the historical ant-fauna of these areas. As time goes on we hope to build up an illustrated record of these frauds on this site; any photographs that we can draw from would be most welcome. 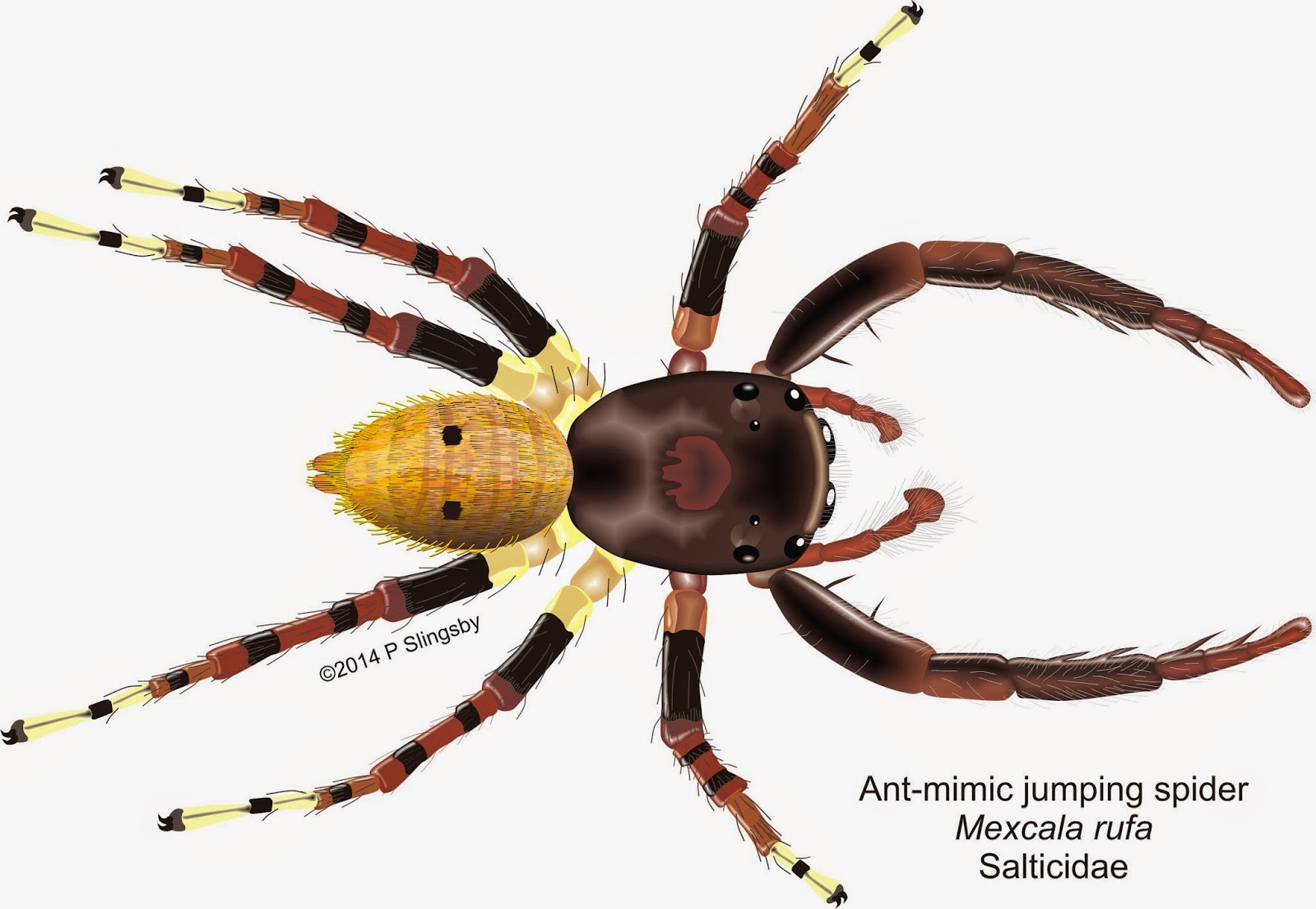 The ant-mimic above is Mexcala rufa [cf Tony Rebelo, iSpot]. It is a jumping spider from the sub-family Salticidae, and very accurately mimics the common Balbyter sugar ant, Camponotus fulvopilosus. 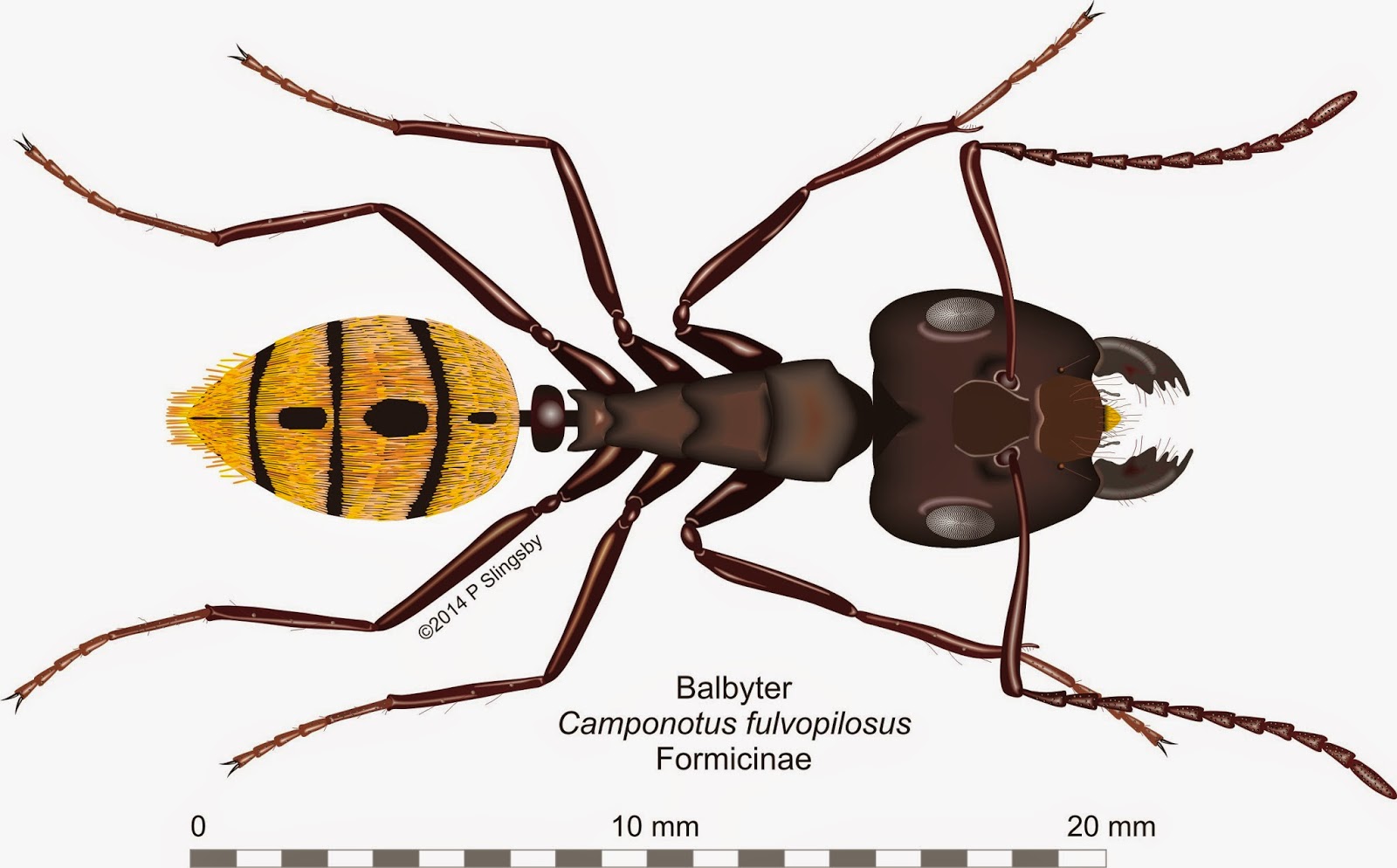 But here’s the rub: the spider hails from Muizenberg, quite the wrong habitat for this dry, hot country ant. Could the spider be a relic from a hotter, drier time in the Cape? 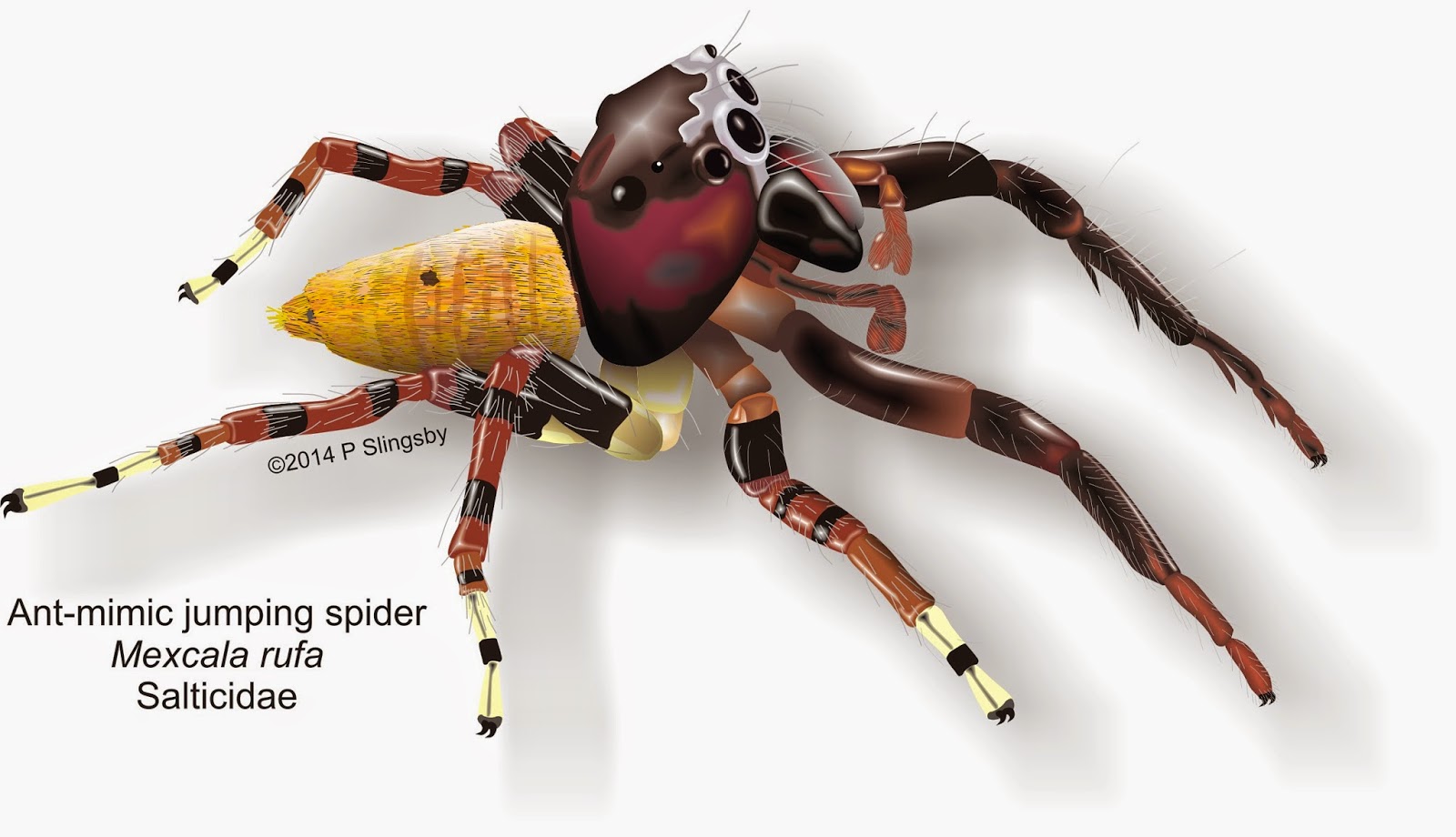 
Under construction
Posted by Die Kaartman at 10:20 AM