Dr AJ Prins of the SA Museum in Cape Town first collected this uncommon little ant in 1959 at Velddrif, and later also found it at Citrusdal. He described the genus in 1983, using the Greek for ‘ant of the fields’ – Agraulomyrmex – as the generic; this species he called ‘meridionalis’ for its southern distribution. There is one other recognized species in Zimbabwe, but since 1983 twelve more as yet undescribed species have been found, from Gauteng to Tanzania. Prins pointed out that the ants are closely related to the genus Acropyga, which he reviewed in 1981, but they are much smaller, much darker in colour, and have much bigger eyes. The petiole scale is also much smaller. We found these ants in the parking lot at the Kardoesie farm stall on the N7 not far from Citrusdal. 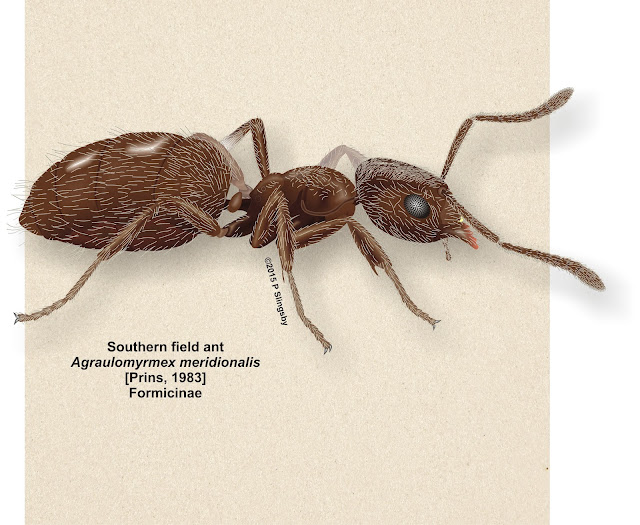 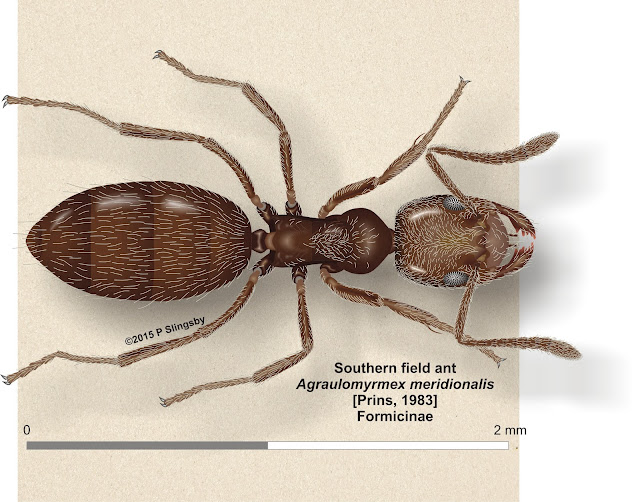 Very small, darkish brown ants about 2 to 2.2mm long; they are fairly hairy and have large eyes for their size. The best diagnostic is that [under the microscope] the antennae only have ten segments – scape + nine. You can also distinguish them in their nests from some very similar-looking Monomorium because Southern field ants are Formicines, and their larvae pupate in cocoons, whereas Monomorium pupae are naked. This characteristic also easily distinguishes them from Dolichoderinae such as Argentine ants.